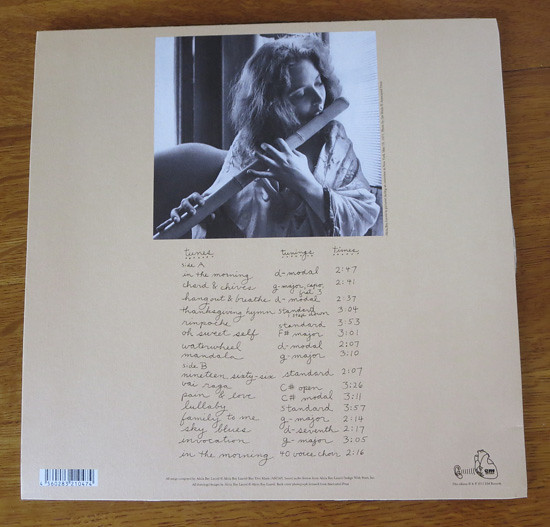 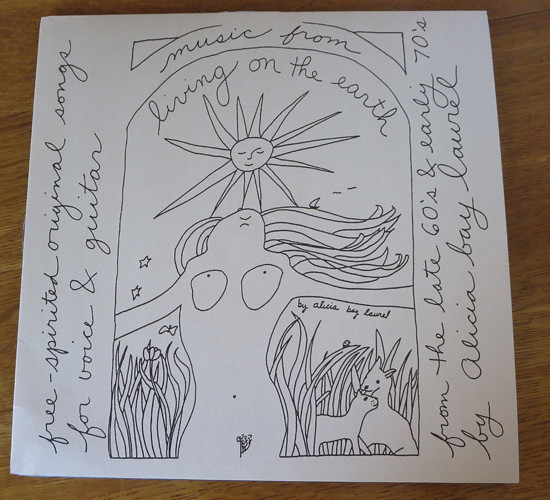 I somehow never imagined my music would be recorded on vinyl. During the years that 33 1/3 albums were the standard presentation of singer/songwriters, I was writing lots of songs, but I was not at a professional level as a musician. By the time I felt ready to record, at age 50, the technology had blessedly changed. I could produce my own CDs, instead of hoping to be discovered by a record company. So, I did. I’ve made eight of them, so far. 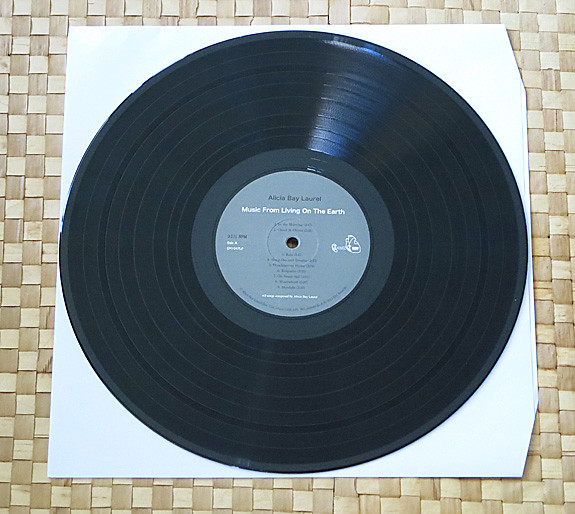 However, I actually WAS discovered by a record company. Koki Emura, the owner/producer of EM Records, saw my first two CDs when I posted them at the CD Baby online indie record store, where he was browsing for new releases. He knew my book, and he knew it was popular in Japan. He bought copies of the two CDs, listened and liked them, and offered license them both for distribution in Japan with Japanese language covers and liner notes. They were released in Japan in 2005.  The following year I began doing concert tours in Japan, and I sold plenty of them for him. 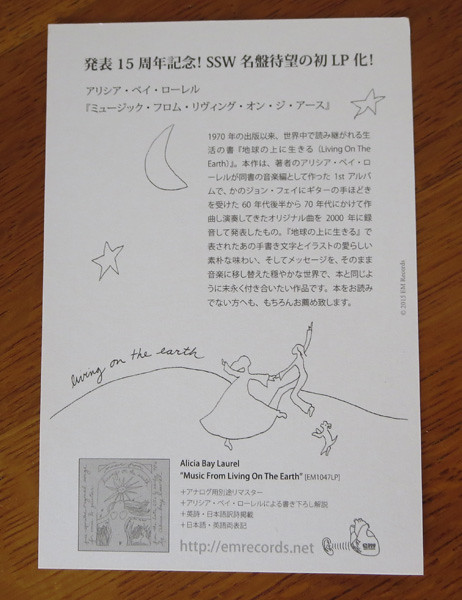 In 2014, Koki Emura proposed that “Music From Living on the Earth” be released as a vinyl LP.  Of course, I agreed. So here it is. A thousand thanks to you, Emura-san!

“Alicia Bay Laurel is well known as the writer and illustrator of one of the classic books of the back-to-the-earth movement, the 1970 hand-written guide to living the good life, Living On the Earth. She is also an accomplished singer, songwriter, and guitarist, the latter skill honed by studying with John Fahey. The songs on Music from Living On the Earth were composed concurrently with the writing of the book, permeated by the sun and soil of the commune life. Bright and earthy paeans to the natural world, featuring ABL’s pure, strong, and uplifting voice atop her fluid, confident, and deft steel-string acoustic guitar fingerpicking, her style showing that she learned well from Fahey. She also collaborated with San Francisco Tape Music Center co-founder Ramón Sender Barayón, who contributes the 40-voice choral arrangement for the closing track. Although these songs were written as the ’60s became the ’70s, Music from Living On the Earth was actually recorded in 2000, first issued as a self-produced CD, and reissued on CD by EM Records in 2006 (EM 1047CD). This 2015 15th anniversary edition is its first appearance on vinyl, and includes liner notes by the artist as well as English and Japanese lyrics, allowing listeners to again hear ABL’s blues, jazz, and Indian music influences meld with folk roots to glorious effect.”

buy Music from Living on the Earth as a CD